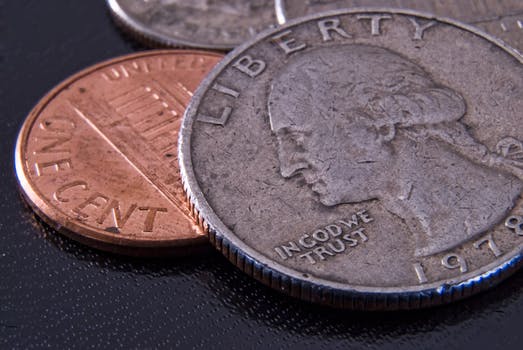 Let’s get the awkwardness out of the way.  As you can see, it’s been awhile since I’ve been here.  Various things in life have interfered with my ability to think up new and imaginative things worthy of a blog post here.  That being said, in my professional life, I’ve begun another website with a blog and much of my energy goes into thinking up new and imaginative things to post there!  There’s also a bunch of performance anxiety that goes into the work-related blog posts, especially the ones that are often scrutinized by fellow professionals or potential clients.  For example, I just posted one yesterday that has the same amount of words as this one…except it took me four days to write it, due to all the hemming and hawing and worrying about how it turned out.

I’m going to cut the excuses and post something very quick that I witnessed yesterday.

At our local grocery store, you have to put a quarter into a little mechanism to get a shopping cart.  The carts are chained together and once you put the quarter in, it releases the chain.  You then go and do your shopping and when you’re done, you return the cart to the corral, stick the chain into the mechanism and your quarter pops back out.

As I was leaving the store yesterday, I saw a man who was parked in the closest handicapped space to the door making his way to return his cart.  I saw him as I was exiting and, most of the time, I would have offered to return the cart (and retrieve his quarter) for him so that he didn’t have to walk all the way to the corral and back to his car.  But here’s my lame excuse:  I was pushing my own cart and after having had a baby a few weeks ago, I’m still in a fair amount of pain myself from a couple of old busted-up discs in my back.  My limping was about the same as the man’s.  So I had hoped that another customer in our nice town would come by to help him out.

A man in his early 20s came by and offered to take the cart off his hands.  But here’s why I have not been able to stop thinking about it.  That’s exactly what he said, “Can I take the cart off your hands?”  The young man was going to simply take the cart, not return it to fetch the guy’s quarter.

I sat in my car for a few moments wondering about the quarter.  The elderly gentleman put a quarter in to get his cart and he was leaving Shop-Rite twenty-five cents lighter.  Was the young man dodging the need to part with his own quarter, even though he would have gotten it back in the end?  Is he also of that generation of which I am a part who has zero coinage on them at any given time and he used his sweet-talking ways to bilk the man from his quarter because he simply didn’t have one?

What does it say about me that I am so concerned about the twenty-five cents?  I do lean toward the frugal end of the spectrum, but does this indicate that I am a massive cheapo that is going to waste precious energy worrying about a quarter?  Am I also wondering whether the man who is down twenty-five cents left the store equally peeved about his lost quarter?

It’s possible that I am making a bigger deal about this than I should, right?

2 thoughts on “Stewing in My Frugal Juices”