This week, I learned about 29 year-old Tess Holliday, a model who became part of the roster at a London agency.  I bet it happens pretty often if you follow the modeling business, but she made news because she happens to weigh more than the other plus-size women Milk Management represents.

Ms. Holliday is beautiful by any standard, just like every woman is beautiful in her own way.  Her size neither diminishes nor increases her worth. 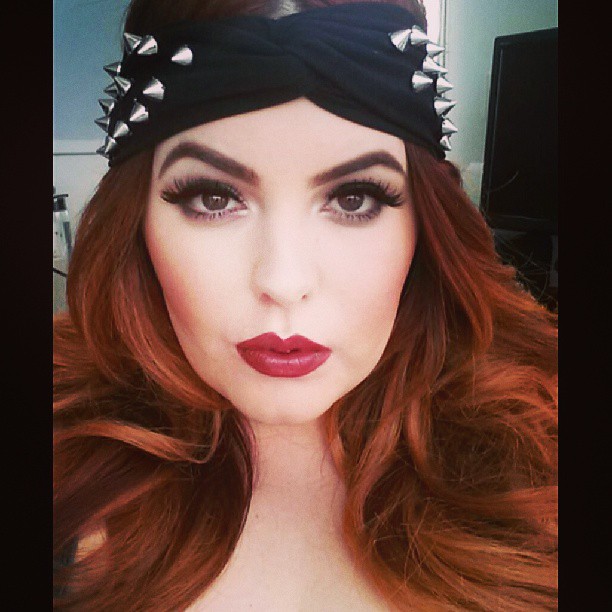 What has churned around in my head is that all the stories mention her weight.  If she were your run-of-the-mill 120 pound model, would anyone pay attention? The media has also run with her story because of the zippy hashtag for Ms. Holliday’s beauty movement:  #Effyourbeautystandards.

I get the hostility.  The media is saturated by underweight women and thinness has been pervasive of what constitutes beauty, even though the average woman is a size 12.

The message of effing the beauty standards is well-received by girls and women who have endured snide commentary about their bodies from all sorts of people.  As a result of this seemingly positive message, they may post pictures of themselves on social media, articulating the confidence they may have once lacked.  Movements like Ms. Holliday’s have given people who once felt voiceless a forum to express themselves.

I happen to carry around the sort of dull pain that inspired me to hop on the bandwagon of a movement like this in the late 90s.  Poor body image was a lifelong struggle for me.  Peeling back the layers, I recall a visit to my pediatrician, who told my mother that her three year-old daughter needed to lose weight.  To encourage weight loss, he recommended hot tea and a lock on the refrigerator.  (She refused to lock the fridge, but I clearly remember the tea and I still avoid unflavored tea because of this.)  I am not certain whether my memory of this appointment is actual or crafted through the memory of my mother’s relating it to me.  But my life is saturated with memories of crying on scales or in fitting rooms or countless situations where I believed I was less than because I weighed more than other people.

I stuck with the fat acceptance movement for a few years.  I read magazines with positive messages about our bodies and tried to convince myself that I could just buy the next size up.  Over the next decade, I continued gaining weight despite regular workouts.  I was unable to admit to myself that I rarely said no to a cheeseburger and I never met a candy bar I didn’t like.  In fairness to women who are genuinely pleased with their bodies, I bet there are women who do indeed take good care of themselves.  And I applaud them for their ability to accept themselves no matter what they look like.

I was not strong enough to continue deceiving myself that I was happy with my appearance.  It took me a few years, but I lost a sizable amount of weight, most of which I have kept off for over six years.

Beauty movements like these may be truly helpful for girls and women who have been tormented about their appearance.  But I am put off by the thread of hostility concealed beneath a pro-body message.  Using the polite abbreviation for the F-word is not the tone of “hey girls, aren’t we beautiful?”  It feels like a big middle finger in my face.  Would I be perceived as a traitor to the body acceptance movement because of the changes I made to my life?  If you are indeed happy and healthy at whatever weight you are, have at it.  I personally was miserable.  I am by no means thin and I’m always trying to lose ten pounds – not because society is telling me to or because I hate my body.  For me, losing weight and learning to love the beauty in all its shapes and sizes has made me a less miserable human being.  Overcoming the shackles of my own unhappiness has led me to experience life in ways I never thought were possible for me.

I’ve been churning about this video in the last week.  I might write more about it another time.  This is a message that I am thrilled to throw my weight behind:

2 thoughts on “Throwing My Weight Around”