A friend of mine from high school, also in his early 40s, recently mentioned that his wife’s cousins, who were visiting for the weekend, never heard the song “Paradise by the Dashboard Light”.  They made a joke about Meatloaf, and segued into an “I would do anything for love, but I won’t do that” comment.  My friend and his wife dug through their CD’s to play that song for a laugh, but they could only find the Bat out of Hell album, which the cousins never heard of.  It was as if sweaty 70s Meatloaf never existed. 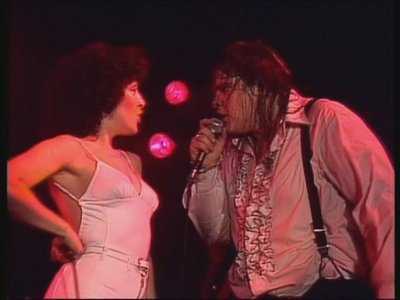 My friend related this story on Facebook and it generated numerous comments from the 40-something crowd.  Most were pretty good-natured, but these sorts of comments graze right around the perimeter of fuddy-duddiness.  Some of us are facing the reality that middle-age is a millimeter closer than it was last year, and even though I hope to never say it (or believe it), expressing “I’m so old” has become a more frequent statement among our peer group these days.

As time goes by, I have been surprised that I have a decreased interest in popular culture.  Last year watching the MTV video awards, I had to Google Ariana Grande and just realized the other day that Chris Pratt has apparently been “a thing” for the last few years and I never really knew who he was.  People around my age and older sometimes look at whatever is going on in pop culture right now and simply write it off as “crap”.  And truly, sometimes it is.  I mean, how is it possible that the Kardashians and Justin Bieber are still drawing crowds?  But, in fairness, I am really trying to be open-minded.  Every generation has their artistic expression, whether it’s good, bad, or indifferent.  Just because we might not like it doesn’t automatically classify it in the “crap” bin.

At some point toward the end of my high school years, Aerosmith released a song called “The Other Side” that I couldn’t get enough of.  I loved that song and played it over and over and over again. One of my mother’s boyfriends mocked me mercilessly because, to him, it was crap.  It wasn’t the highest quality music, but it was what was popular in 1990.  He insisted that because I was a kid, I didn’t know anything about music and I always thought that was unfair.  What he didn’t realize was that I already knew all the Aerosmith classics by then as well as some of their songs that weren’t even hits.  Because he lived through the original Aerosmith, he naturally dismissed anything that seemed to be of low quality solely because it was new.  He hated anything that was new and current.  Except for the Traveling Wilburys.  God help you if you said one wrong thing about the Wilburys.

My friend’s Meatloaf story got me thinking about how any generation develops an appreciation of music – not just the current popular stuff, but also of the music that came before.  My parents always played records and 8-tracks on the massive TV console – TV in the center, record player on the left, radio and 8-track on the right – in our living room.  We consumed a steady diet of our parents’ music:  Chicago (that heavy brassy stuff with lots of moaning trombones playing glissando), Barry Manilow (the 8-track that changed right in the middle of the Chopin part of “Could It Be Magic”), Paul Desmond, Dave Brubeck, Rolling Stones, and Jimi Hendrix.  I remember so fondly putting the needle down on the revolving turntable, the static so satisfying when the needle made contact, and then sitting down on the carpet with my head placed next to the speaker, drawn into the pictures on the albums.  One that really sucked me in was the image of the Rolling Stones pressed against glass on the covers of Through the Past Darkly.  There was a poem inside the album cover written by Brian Jones that I found sad, only to learn later that he had died in a drowning accident a couple of years earlier.

Older siblings also influence our exposure to what we hear.  Somewhere around the time I received First Holy Communion, Cheech and Chong’s movie Up in Smoke came out and my 11 year-old brother acquired a cassette tape containing the legendary skit The Finkelstein Shit Kid.  We played it over and over again, roaring with laughter.  I could still recite it by heart at the drop of a hat, thirty-five years later.   You get a goddamn job before sundown.  Or we’re shipping you off to military school,  etc.  Please tell me if you know any seven year-old child who could recite the Finkelstein Shit Kid from memory because her parents definitely should be reported to the authorities.

So if parents are the primary musical influence in a child’s life, what will happen when Mom or Dad are born in a time when only clean-cut, short-haired, ballad-crooning Meatloaf only existed?  And then in a few generations, folks wouldn’t have first-hand memories of any Meatloaf, because by that time, everyone will be vegetarian.  A parallel for me is my exposure to Mitch Miller.  My grandmother, who was born before WWI, played his records and I was shocked when I realized that many people my own age have never heard of him.  My mother certainly never played any Mitch Miller in our home.  In 1999, there was an Amazon Christmas commercial in the style of “Sing Along with Mitch” and I found that most of the people I knew at the time didn’t get the reference.  If a Sweaty Mitch Miller existed, certainly, he has long been forgotten.

In terms of how children today develop an understanding of music, I don’t think anything is necessarily bad.  Just different.  Those of us who grew up listening to records tend to see the past through a soft-focus lens.  I don’t begrudge younger people for their music or the technology they use to access it.  It will be interesting to see how those born in the mid-2010s romanticize their consumption of music when they get to be on the cusp of middle-age.  Will they get a tear in the eye recalling the time they bought Taylor Swift’s twentieth album on ITunes?  (Sigh…she sang so longingly about knitting an afghan with a dozen cats on her lap…and that duet with the 128 year-old Tony Bennett was simply breathtaking…)

Developing technologies and the passage of time will alter our consumption of music and our tastes, just like it has since my grandmother bought her first Mitch Miller record.  Fortunately, we live in an age where we can see Mitch and Sweaty Meatloaf by way of a few keystrokes.